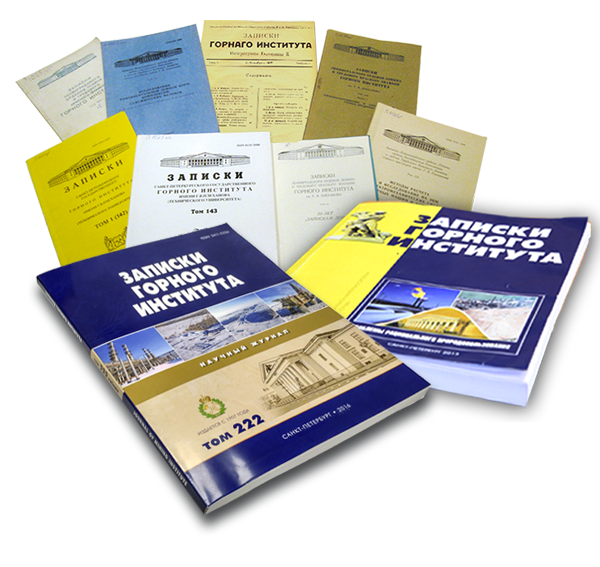 At the beginning of 20th century, in Saint Petersburg Mining University, which was founded in 1773 year, the necessity of founding of periodical scientific journal occurred. This question was repeatedly raised and discussed at meetings of the Institute board. At the Institute board meeting on December 3, 1903, the following has been decreed: "to consider it highly desirable to proceed, if funds prove it, to the publication of the Zapiski Gornogo Instituta / Journal of Mining Institute…"; this question was also raised on May 3, 1906, by the Director of Mining University – E. S. Fedorov; the decision to create the periodical journal has been made on October 18 of the same year; "The provision on Zapiski Gornogo Instituta / Journal of Mining Institute was set and the list of articles for the publication in the first volume was approved on January 8, 1907; there were articles of professors from Mining Institute in this list: I. P. Dolbni, V. V. Nikitin, N. S. Kurnakov, I. F. Schröder, K. I. Bogdanovich, and among them there was the first article by E. S. Fedorov – "The chemical relations of rocks and their graphical plotting". The date of article submission to the University board was specified before the title for the purpose of providing an author's priority. It was recommended to extend the first release of the journal among universities of Russia, Western Europe, and America for an acquaintance of scientific community with the new edition of the periodical. The first issue of the magazine under the name "Journal of Mining Institute of Empress Catherine II" appeared on November 12, 1907, with E. S. Fedorov as an editor in chief.

The further history of Zapiski Gornogo Instituta / Journal of Mining Institute is divided into 3 stages.

The publication of the journal has been suspended from 1917 till 1926; a volume devoted to the 150 anniversary of Mining Institute was published in 1926. An important role of E. S. Fedorov in the creation of this journal was emphasized and the purpose of providing "amicable, collateral with other similar bodies, assistance in the development of the sciences related with mining and mining engineering and with certain fields of natural sciences" was set.

At the II stage (1926-1941) of journal existence, there were 8 volumes with 19 releases containing 149 articles that reflected scientific activities of Mining Institute much more stoutly. Journal's geology and mining sections were significantly expanded. Among the authors of the articles there were famous scientists: mathematicians (M. I. Akimov, A. M. Zhuravsky), physicists (N. P. Neronov), chemists (P. Ya. Saldau), crystallographers (A. K. Boldyrev, V. V. Dolivo-Dobrovolsky, V. I. Mikheyev), mineralogists (D. P. Grigoriev), petrographer (A. N. Zavaritsky), geologists (D. V. Nalivkin) and others. The issue of Zapiski Gornogo Instituta / Journal of Mining Institute has been suspended in 1941 due to the beginning of the Great Patriotic War.

In the latter half of 20th and at the beginning of 21st century, diversification of sciences and their integration intensified. In connection therewith, active development of methodology of scientific research in mining-and-geological and technical profiles began. All this is reflected in the content and structure of the "Journal". Meanwhile, range of authors – authoritative scientists from different science fields – have been updated and extended constantly.